Elections Team - Candidates and Canvassing for State and Congressional Races

The Indivisible New Rochelle Elections team is actively supporting the following candidates for the crucial Fall 2018 elections. Gaining a Democratic majority in the New York State Senate will ensure that New York has a blue fire wall to guard us against the policies of the Trump administration. We also need to win at the Federal level and FLIP the House and we have winnable races here in New York.

Get to know the candidates we are supporting by clicking on the arrow beside their name. For each candidate, we provide a brief summary and links to where you can get more information.

We will build a blue wave together, one vote at a time. We need your help. There are many ways to help. Join us. elections@indivisiblenewrochelle.org

Why do we do this?

Indivisible New Rochelle asks for your help supporting these candidates:

Anthony Brindisi is running for US Congress for New York District 22. 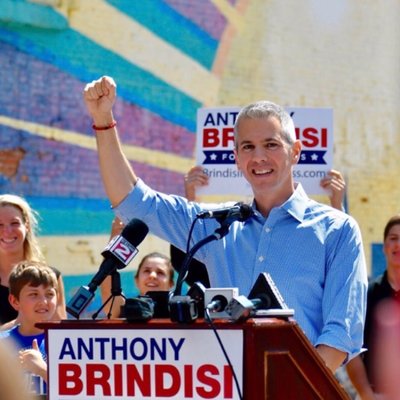 Karen Smythe is a candidate running New York State Senate seat in District 41. This is a district which overlaps with Antonio Delgado, another candidate we are supporting. Currently held by Republican Serino, District 41 went to Clinton in 2016 by +1.3% and was identified as one of the key districts to determine the balance of power in Albany.

Text banking is a great way to support campaigns and reach 100's of potential voters within a single sitting. Liz has put together a great set of instructions for getting setup with text-banking. All you need is a computer and an internet connection to get going. Click on this link to access Liz's instructions. If you have any questions, email us at info@indivisiblenewrochelle.org